Karen’s Story: How a Redundancy Helped My Career Change

When I returned to work in 2006, nearly 12 months after having my first child, I soon realised that my grand career plan needed to change. I wanted to play an active role caring for my son and needed to explore more flexible career options. My full time role at Diageo Australia and current career goals began to feel secondary to my role as a new Mum. While this was not a surprise, my husband and I had a home loan we needed to service and so relied on the income from my full time role.

By the time I was on maternity leave with my second child, towards the end of 2008, I had re-engineered my career plan and enrolled in the Graduate Diploma of Education at Monash University. This was a two year, part time commitment which I began as a leap of faith towards my plan for more flexible career options. Whilst it was challenging to manage breastfeeding and teaching rounds, I knew I’d be able to complete the first year while on maternity leave.

What I did not know was how I’d be able to manage the second year of study with two young children and a return to full time work.

When the Logistics Fall Into Place

In the experience I now have helping people engineer their career change (and learning how to leverage LinkedIn as part of this journey), I know that the logistics of a career change sometimes do have a way of falling into place.

Six weeks before I was due to return to work, I made contact with the company’s HR department at their head office in Sydney. My role was based in our Richmond state office. I was part of Diageo Australia’s national marketing team and reported to a manager who was in the Bondi head office. During my maternity leave there had been a national restructure and my manager had chosen a redundancy and left the business. He had called me to inform me of his departure, so I knew I was pretty much on my own to negotiate my return to work. It was up to me to find out who I now reported to. I tracked down my new manager, Sarah, and we had a brief conversation about my expected return to work date. I had worked with Sarah before and we knew each other quite well, so I was relieved that she was now managing my return to work with me.

It was an early afternoon in August when I received a call from Sarah. I was in the car with my children and mother in law and we had been on a local outing. I pulled over and got out of the car so I could concentrate on the phone call. As I stood on the nature strip of a home in Mount Waverley, looking at my children in the car, Sarah informed me this was one of eleven calls she had to make that day. She had chosen to call me first because she knew I would be the only one happy to hear the news that my role had been made redundant. All the strategic marketing roles were being moved back to the Sydney head office.

The option to choose a redundancy was a blessing. We were able to make a significant contribution to our home loan, which gave me the freedom to complete my studies. I was also given access to a 6 month executive outplacement program as part of my redundancy package. This is when I was first introduced to and joined LinkedIn (a decision I am very thankful for).

Managing a Career Change after Redundancy

While it was my redundancy that helped me make my career change, I began to develop my plan before I chose my redundancy. This reinforces the importance of having a well thought out plan.

If you are considering a career change, there are some questions you need to consider.

I encourage you to really seriously consider why you want to make a career change. If it is because you feel unhappy, this can often be because of the people you work with or the industry you are working in and so changing jobs is sometimes a great start to making changes and being happier.

Wise Words That Give Me Comfort

On the other side of my career change there are some truths that helped me make the necessary changes. These take the form of three separate statements that you will often hear me make! They are a testament to the power of confronting your fear.

Everything is sweetened by risk.

The logistics will sort themselves out.

What is the worst thing that could happen? 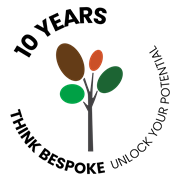 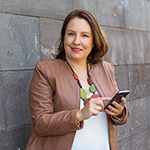 As one of Asia Pacific’s Top 10 LinkedIn Experts I share fortnightly news with my global email community and run monthly online Lunch and Learns to teach professionals how to unlock LinkedIn. Sign up to my newsletter to help you learn LinkedIn – the right way!